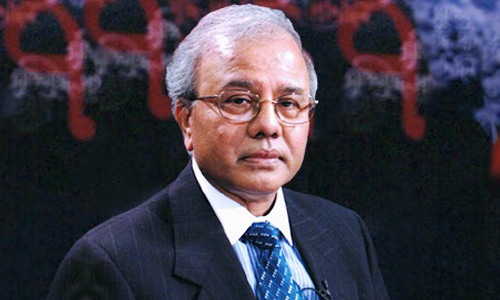 He was a lecturer of Dhaka University in the early 1970’s and a member of the Dhaka University Senate. He has been living in the USA since 1980. He worked for Colgate-Palmolive for twenty-two years and is co-inventor of Colgate Total toothpaste technology. In addition, Dr.

Nabi has more than a hundred patents and publications to his credit.

He retired in 2006 from Colgate-Palmolive before deciding to take public office. Dr. Nabi has been serving as Councilman of Plainsboro Township, NJ, USA since 2007.

Dr. Nabi was awarded Bangla Academy Honorary Fellowship 2017 in recognition of his outstanding contribution to the literature on Bangladesh Liberation War.

Dr. Nabi was also a Founding Member and Former Chairman of the Federation of Bangladeshi Associations in North America (FOBANA); former president of the Society to Help Education in Bangladesh International (SHEBI); and Former President and Editor of the Weekly Probashi, New York.

Dr. Nabi is associated with Muktadhara New York Boimela since it’s inception and serving as an advisor in the executive committee of Muktadhara Foundation. He was the convener of 2017 Boimela.