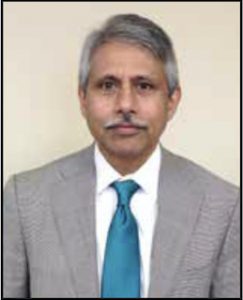 A veteran of the engineering and manufacturing industry, S. Z. Hossain worked diligently over 10 years for three different engineering firms, before founding Modern Packaging Inc. in 1989.

As he worked towards his Master’s degree, Hossain found employment at Telesonic Trescott as a design engineer for packaging machinery. He later gained a position at Allomatic Inc. where he was responsible for supervising the production of automotive transmission parts as a manufacturing engineer. At Alcoa-Autoprod, Hossain advanced himself to chief of engineering, managing a team of engineers in the development of packaging machinery.

Currently as the President, founder and owner of Modern Packaging Inc., Hossain leads a growing, competitive and successful company specializing in the custom designing and manufacturing of packaging equipment committed to the innovation of the latest technological advances in the industry.

Most currently Hossain is in the process of opening a new coffee manufacturing plant in Long Island NY. Pintail Coffee Inc. will boast a completely automated system for roasting, grinding and packaging single serve coffee pods.

Hossain is also a major financial sponsor for several not for profit organizations including SAKHI, committed to ending violence against women of South Asian descent in the U.S., the American Association of Bangladeshi Engineers and Architects, devoted to the support of educational and scientific advancement, the Volunteers Association of Bangladesh, dedicated to the mobilization of funds and resources in support of promoting secondary education of needy children, the Shaheed Rowshan Ali College, a public college dedicated to the education of women from low income backgrounds, the Long Island Muslim Society, promoting interfaith education and community outreach to uphold and encourage tolerance across religions, and the Spondhon Pharmacy, a medical dispensary founded to provide lifesaving medicines to low income families. Additionally, Hossain helped to create the Computer Literacy & Smart Board Education Programs in both Mukul Nikaton and Ghorasal High Schools in Bangladesh, by donating the funds to purchase 40 new computers. He also funded two new training programs which are now utilized in 60 hospitals throughout Bangladesh. The Infection Control Program trains hospital personnel on how to take proper precautions to reduce infection after surgery. The Emergency Trauma Center Training trains hospital personnel on how to efficiently and effectively handle traumatic emergency cases.

In February of 2008 Hossain was elected to the Board of the Long Island Medical Foundation of Nassau University Medical Center. In April of 2008 his generous contribution lead to the opening of the Zaki Hossain Center for Hypertension, Diabetes and Vascular Disease at Nassau University Medical Center, striving to advance the care of Nassau County residents, particularly the medically underserved and uninsured who suffer from the intertwined epidemics of hypertension, diabetes and vascular disease. The center is envisioned to be the core of clinical and educational activities, to act as a partner and resources for physicians in the community and to develop interconnected activities with other relevant NUMC specialties such as ophthalmology, neurology and podiatry. In 2014, Hossain became elected Chairman of the Board and continues to serve as a dedicated member committed to helping all Long Islanders obtain essential coverage and quality health care.

In 2015, Hossain was elected to the Board of Trustees of Molloy College where he serves on the Academic Affairs Committee dedicated to academic excellence rooted in the tradition of study, spirituality, service and community.

Throughout his life Hossain has always tried to help those around him and give back to the community in which he lives. He continues to do so in hopes of making a positive difference in his community and in the lives of others. 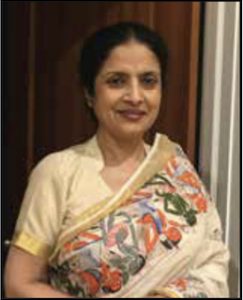 Rahat Hossain was born and raised in Bangladesh and emigrated to the United States with her family in 1979. Having studied Home Economic at the presitigious College of Home Economics, graduating second in her class, she worked as a Clinical dietitian at Elmhurst City Hospital for 15 years- the last 5 as Head Dietitian.

After retirement was when her true calling was realized. She delved into community service in the Bangladeshi Muslim Community as well as the local community. She started with volunteer work at Town run Senior center supporting the communities senior citizens. Mrs. Hossain’s work expanded as she volunteered her time as a founding member and eventually became Chair Person of the Board of Trustees of the Long Island Muslim Society. She currently holds this position. Through LIMS and independently, she has worked tirelessly in interfaith efforts in cooperation with the Temple Emanuel as well as other faith based organizations and places of worship.

She has also worked closely with Nassau County organizing Bangladeshi American Night for the last 12 years as well as taking key leadership roles in Nassau County Asian heritage event. Mrs. Hossain is the Vice President of Bangladeshi Heritage, Inc, a not for profit cultural organization committed to celebrating Bangladeshi culture here on Long Island. This year, she is a sponsor of the Suffolk County Asian Heritage event as well as other cultural events such as Rongomela 2017, a Bangaldeshi cultural fair held in Nassau County. Locally, she volunteers both time and makes generous donations to Island Harvest, a LI based organization to end hunger in our community. Mrs. Hossain is also deeply involved with the Interfaith Nutrition Network to end hunger on LI.

With her husband, Zaki Hossain, they have donated the Zaki Hossain Center for Diabetes and Vascular Disease at Nassau University Medical Center as well as endowed NUMC’s new ER entrance. They have started and continue to fund scholarships for outstanding academic achievement at East Meadow High School and Hicksville High School as well. She is a great supporter of victim advocacy groups such as SAKHI, which supports victims of domestic violence in the South Asian community.

Her work reaches other countries as well. She is a major donor to the Distress Children’s International, an organization who takes on an annual mission to offer free cleft palate surgeries to youth in underdeveloped countries. She is also a sponsor of Volunteers Association of Bangladesh whose mission is to achieve basic education for all youth, especially the destitute in Bangladesh. In response to the recent crisis in Syria, Mrs. Hossain has been instrumental in helping to raise close to $100,000 for victims of the Syrian civil war and recent chemical attacks.