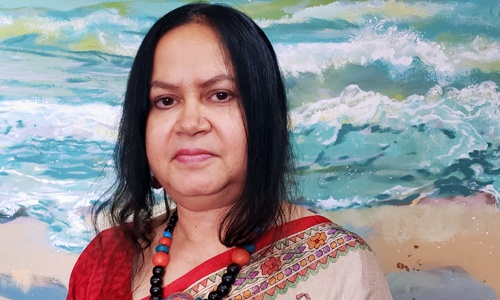 Ranu Ferdous earned her Master’s in Economics from Dhaka University. She has worked in various sectors, including at UN School and Montesori Pre-school for several years. She worked for a monthly Bangla magazine as correspondent and sectional editor. Also served as co-host of a TV show in New York.

Presently she is serving as President of UN Women’s Guild.

Ranu Ferdous has been active in New York’s cultural scene. She is President of Shrotar Ashor, a cultural organization. She contributes to New York newspapers and magazines. She is also a painter. Her art works were used three times to produce UN Women’s Guild’s calendar that raised money for needy children worldwide. She has been active with New York Book Fair from the very outset.